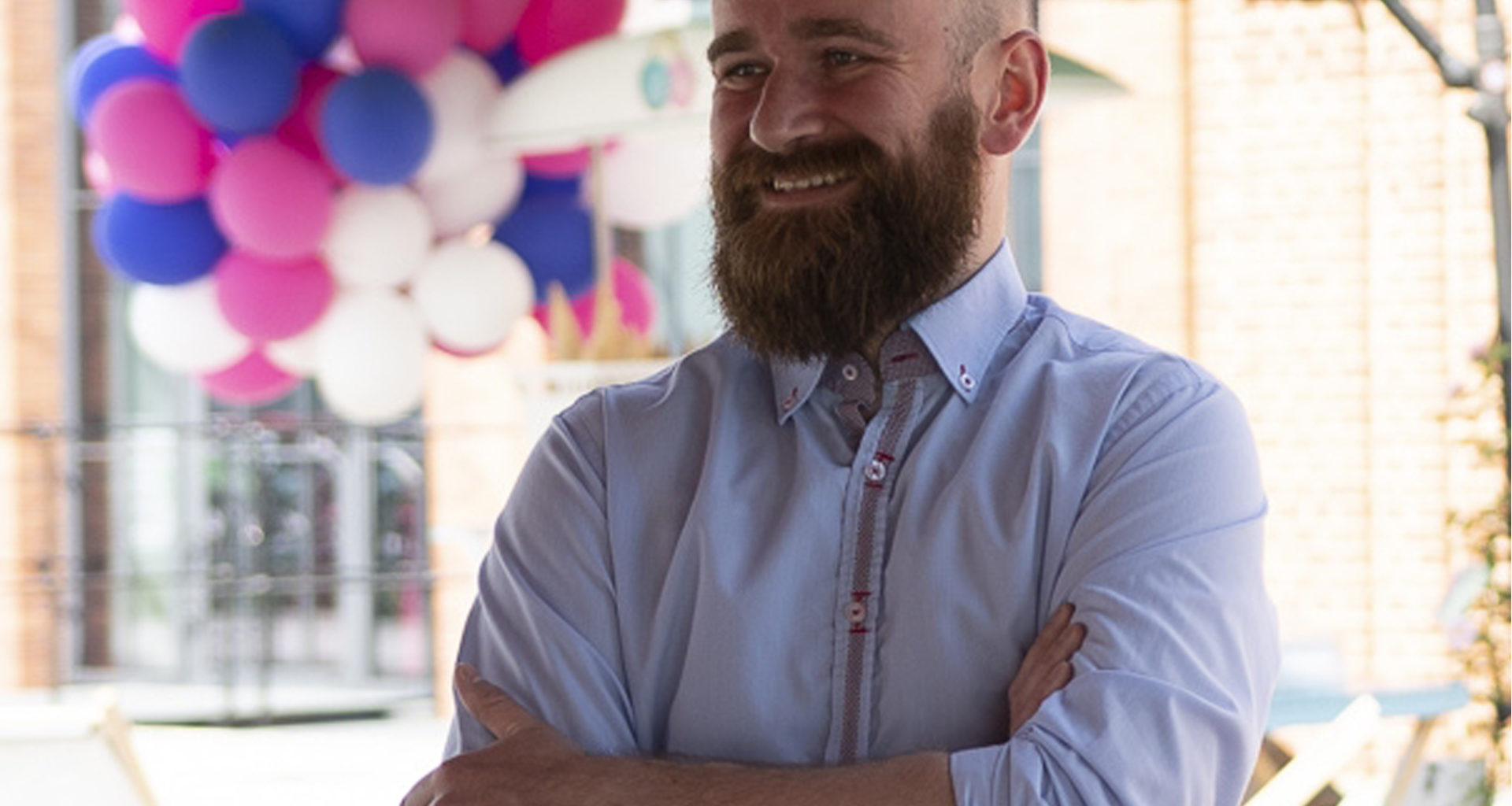 In an episode of The Good Doctor, Shaun Murphy was interviewed on television. He was asked to do this because he is the few, or perhaps the only doctor affected by autism. This was to bring both him and the hospital some recognition. Even though his story could have been an inspiration to others – he refused. He said he wanted to be remembered as a good doctor, not a doctor who has autism

I have thought long and hard about his words and how his character could be an inspiration to others, but I have concluded that he was right about one thing.

Unfortunately, the thing with illnesses is that they first look at you precisely through its prism, and then only at what kind of person you are and how much, or not, you have accomplished. Sometimes people cheer, show pity because of it, or maybe it’s just my misperception of reality.

Today is April 17 – World Hemophilia Day. It seems like every day and probably every other day would be just as interesting if not for the fact that this day concerns me directly.

Hemophilia is a tough, ungrateful, underestimated and overlooked disease

When I was still a child, and even later in high school and college, I did not pay attention to the fact that this severe, ungrateful, downplayed, and invisible disease has its own holiday. I was interested in completely different things, and my head was focused on everyday problems. I did know that hemophilia has a lot of history behind it and is surprisingly common in my community.

Hemophilia is one of the earliest described diseases. It was first mentioned around 100 AD

Known as the “royal disease” and made famous by Britain’s Queen Victoria. Being a carrier and having nine children, she contributed to the further spread of the disease. Her daughters passed on the “unlucky” gene to the royal families of Russia, Prussia, and Spain.

The problems will take care of themselves

Going back to the statement made by the character in “The Good Doctor” series, I feel strongly about it in part. I’ve always thought that problems shouldn’t be shared because those problems will always sort themselves out. Only the good moments in life should be celebrated together with someone, and the bad ones should be talked about from time to time when you really can’t deal with them anymore.

Like our hero, I wanted to be seen as “someone”, not “someone who faces adversity and still somehow manages”.

The illnesses that accompany me are mostly pain, muscle or joint strokes, and life-threatening where a healthy person would not pay attention. Yet, in the business realm, I have never allowed it to overshadow in any way how I work, what I do, and what I want to accomplish. I never wanted to be remembered as a good entrepreneur with a medical condition, or for people to say that for a person with a medical condition, I was “successful”.

All or nothing. Even if I had to work two, three, or thirty times as hard

Years passed, and over time I began to wonder if I was doing the right thing. I drowned out my inner voice until one day. I was asked to speak in front of a group of other people with disabilities about myself and running a business while facing adversity.

Going there, I felt I was doing something important. Important and relevant – to me. I stood in front of the audience, and when I told my short story about how, despite adversity, great problems, I managed to start a business and do a lot of interesting things, I felt great relief. As if in confession. Just then, a question came from the audience, which like a bullet, hit me straight in the heart.

What are you sick with anyway?
You don’t seem to have anything

said the boy sitting in the wheelchair

“And it has begun!” – I thought – “All in all, he’s right, you can’t see anything, but what, are we going to bid and shoot each other now as if in a duel? After all, I am not in any way worthy of discussing with a person who has suffered such a hard fate in life”. And in the end, I said nothing. I went into hiding afterward and never intended to speak out loud about my illness again.

“I’m going to keep pretending I’m healthy,” I said to my wife, and she scolded me for my selfish attitude.

The fact that you can’t see the disease didn’t come by itself at all. When I was a child, my parents waged a constant battle, and our lives consisted of constant trips from home to the hospital. When I stopped walking and lay in Warsaw for several months at the age of thirteen, my dad would take the train to see me every day after work, only to return late at night, go to bed, and get up for work at 4 am.

Then, when it became possible to have medication at home, the hospital and sleepless nights were a little less. In addition, individual teaching and not going to school minimized the number of strokes and saved me from the irreversible changes that hemophilia causes.

When I got to college, I started a business and went to the gym. I went there 5 times a week for the next 10 years, despite the pain that accompanied those visits, and after the gym each day, I worked hard late into the night.

Towards the end of college, I was additionally placed in a research program where new drugs were being tested. This research improved my quality of life and reduced strokes from eighty per year to just a few over five years. Unfortunately, as soon as the research program ended and my quality of life declined again, the number of challenges increased dramatically. Because of this and more responsibilities, I reduced the exercise frequency, but I still do it several times a week today.

Many people affected by hemophilia (in Poland, we have about 3000 patients, of which the severe form is not very popular) are already moving with crutches, in wheelchairs, or can not walk 50 meters by themselves. I assure you, however, that I do not know anyone with this disease who would not look at the world optimistically.

Ending already because it was supposed to be with a bump and came out sad. Life is different than the series I mentioned at the beginning. I can’t keep pretending that I am someone else, that the disease is not a part of me and doesn’t shape my life or character. I’ve taken the first step, taking another step today, and I want to learn to talk openly about my illness.

As a Hemophiliac, I will tell you to never, but never give up, and in every bad moment you are in, find the good and happiness that surrounds you. And when the social isolation is over, get up from the couch and do something important, even if you think you can’t do it. Because for sure it is completely different

AArticle
Read more
When in a company producing software, one of the programmers is left without a project, it is commonly…
AArticle
Read more
The gaming industry is a huge and thriving business. The global gaming market has been valued at $173.70…
AArticle
Read more
I have a habit of reading everything that falls into my hands. The range of information (driven by…

This website uses cookies to improve your experience while you navigate through the website. Out of these cookies, the cookies that are categorized as necessary are stored on your browser as they are essential for the working of basic functionalities of the website. We also use third-party cookies that help us analyze and understand how you use this website. These cookies will be stored in your browser only with your consent. You also have the option to opt-out of these cookies. But opting out of some of these cookies may have an effect on your browsing experience.
Necessary Always Enabled
Necessary cookies are absolutely essential for the website to function properly. This category only includes cookies that ensures basic functionalities and security features of the website. These cookies do not store any personal information.
SAVE & ACCEPT
wpDiscuz
0
0
Dołącz do dyskusjix
()
x
| Odpowiedz