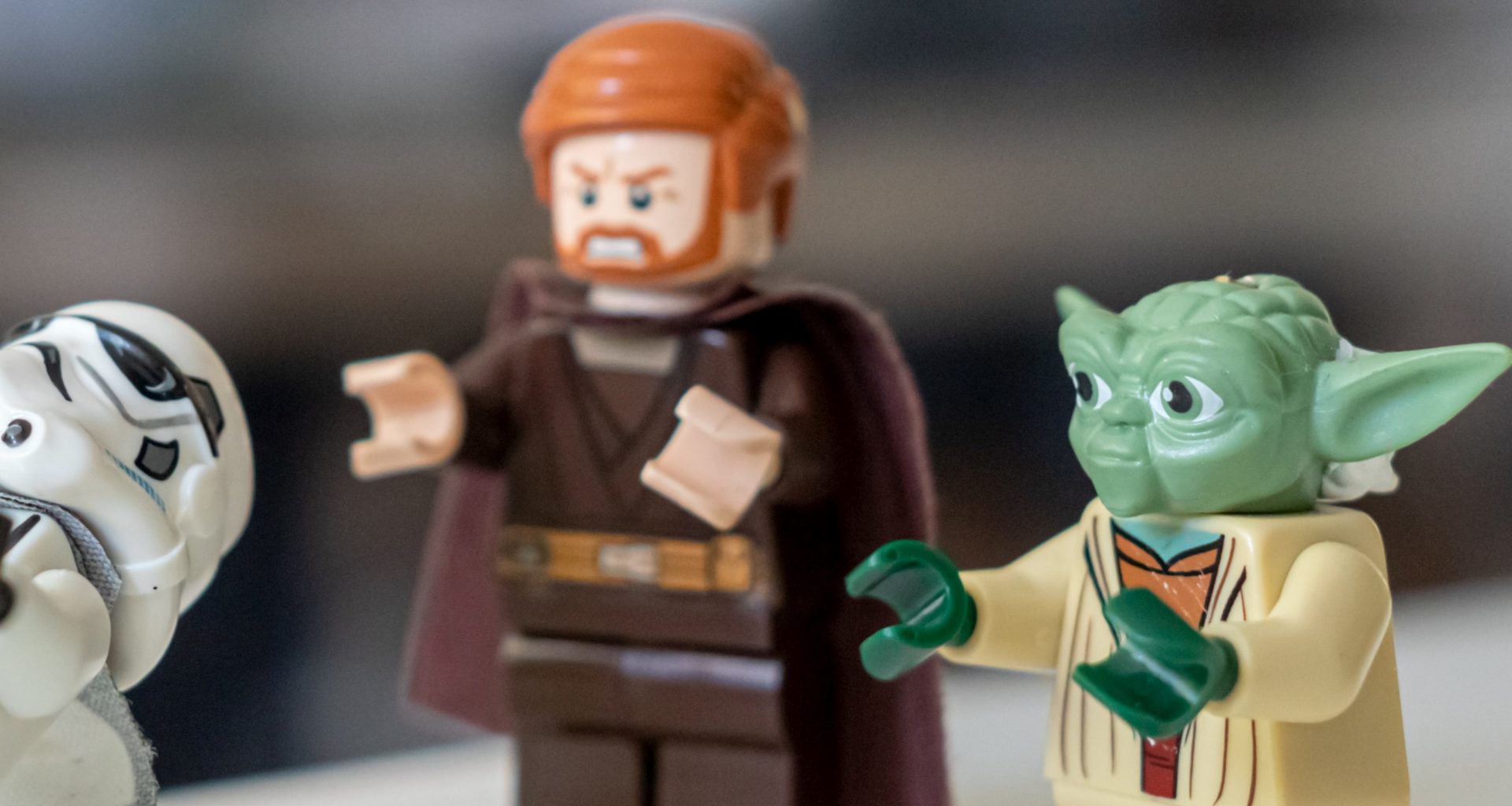 What Gandalf the Grey and Yoda taught me about mentoring

For many years now, mentoring has been growing in popularity and has more and more followers. It is a very popular form of gaining experience and knowledge from someone who already has it and is willing to share it.

Nowadays, a mentor is defined as a person with developed competencies, trustworthy, a role model, and someone who has made a big mark on our lives and has been an inspiration and support.

According to David Clutterbuck’s definition (he is such a guru of the European school of mentoring), a mentor is an experienced person who wants to share his or her knowledge with someone with more modest experience in a relationship characterized by mutual trust. Something like a pupil and a master. Therefore, mentoring is just such a partner relationship-oriented on discovering and developing the student’s potential through regular conversations between the student and the master, thanks to which the student acquires knowledge, learns about himself, and develops his consciousness.

A mentor should be super practical

Mentoring is not coaching. Here, there is no question of being impractical and giving tips that lead to nothing. A growing trend, or maybe a kind of need to show up in front of others, makes everyone want to mentor everyone. When CEOs or directors of large financial institutions meet behind the scenes, they are embarrassed to say that they don’t mentor any startup.

Just when for a young entrepreneur, every day is at stake and may involve “to be or not to be”, advice like “then take spend 300 wheels, and there will be no problem” may be out of place when yesterday the CEO of this startup took part in a training “Marketing with zero budget”.

A good example where we can meet a practical mentor is in the movie “The Edge of Tomorrow“.

When a cowardly spokesman for the U.S. Army, William Cage, finds himself on active duty on the eve of a crucial battle, he has no combat skills. He is completely disconnected from where he is, and his chances of survival are zero. Coming to his aid is Rita Vrataski, stationed at the base, who, with her hands-on approach, hard work, motivation, and lack of scruples, makes William a real soldier.

Therefore, if you’re looking for a mentor, find someone who will go into action with you without a lot of talks.

A mentor should be a specialist in their field

You can’t go to the marketing people at a company and ask them to help you build Internet of Things sensors running on blockchain, with artificial intelligence modules that control a swarm of nanotech drones, performing analytics under machine learning. In the same way, you can’t ask your mentor to know everything and mentor you in a field that goes beyond their knowledge and skills.

It’s quite like Luke Skywalker from Star Wars going to Yoda and asking him for help in uncovering people’s true intentions (where the latter didn’t know there was treachery going on under his nose). It is well known that Yoda is the most powerful Jedi but also one of the biggest “losers” in the galaxy. This does not change the fact that his experience, wisdom, and knowledge serve young Skywalker in becoming the next greatest master of the bright side of the Force. For in this, Yoda is second to none.

“Do or do not, there is no try.” – says Yoda, and in doing so, he forces Luke to focus on the present and the challenges it brings. His support not only helps him improve his confidence but also ultimately leads Luke to full independence.

Anyone who has watched or read “The Lord of the Rings” by J.R.R Tolkien and knows the character of Gandalf knows that if it were not for him and his wisdom and experience, the Ring Fellowship would not exist.
Although he is not the main character, he fits the archetypal role of mentor and advisor.

A mentor is usually older than his “apprentice,” who helps him by giving advice and teaching him new skills. Gandalf is seen in the Fellowship of the Ring as the wisest of its members. He teaches and counsels all of his companions and carries knowledge, advice, and guidance with him to help others in their shared mission.

Gandalf fits the role of mentor perfectly with his actions. Especially if we look at his relationship with young Frodo.

A worthy attitude to emulate in this case is that Gandalf not only shares wisdom, guidance or tries to protect the other members of the “team” but also that leaves them to deal with their problems on their own. Without the opportunity to see whether some assumptions have a right to work or whether the path one is taking is the correct one, such mentoring is meaningless.

A mentor should help their mentee and business grow stronger

It can be support with knowledge or experience. A mentor can listen and explain how to solve a problem when the mentee cannot handle it on their own (read pursuing ultimate self-destruction). He or she can also provide a network of contacts, other resources (should not be financial), or do activities that will help you grow stronger.

A good example of similar motivation and action here is Mickey Goldmill in the movie Rocky. He is the one who pushes young Rocky to become both physically and mentally stronger. Everything Mickey says is a veritable treatise on mentoring.

“The fact that you’re here and doing as well as you’re doing gives me – what do you call it? – motivation. To stay alive. Because I think people sometimes die when they don’t want to live anymore. And nature is smarter than people think. Little by little, we lose our friends, we lose everything. We keep losing and losing until we say, you know, ‘What the hell am I living around here for? I got no reason to go on.’ But with you, kid … boy, I got a reason to go on. And I’m gonna stay alive. And I will watch you make good. And I’ll never leave you until that happens. Cuz when I leave you, you’ll not only know how to fight, you’ll be able to take care of yourself outside of the ring, too.”

Mentoring is also about the power of mutual relationships

I don’t know if you guys had a chance to watch the old, first version of Karate Kid. Not the one from a few years ago, but the one from 1984. For some, it’s a movie about an annoying kid named Daniel who, according to online commenters, took the beatings he deserved. His mother’s tremendous efforts to get this boy out of a bad environment to a great place are creeping to nothing. Daniel can’t show even a shred of gratitude for the good things that are happening to him.

Just then, Mr. Miagi appears in his life. He is a broken man whose wife died during childbirth. Mr. Miagi spends time with this young man learning karate. They develop a mentor-mentee relationship with each other, and it works out well for each of them. The training goes far beyond karate, and the learning also focuses on many important life lessons. Daniel becomes a great karate player, and Mr. Miagi finds his old passion and will to live.

I could go on and on about how Mufasa from The Lion King displays the qualities of a motivational leader, how John Keating from Dead Poets Society pushes his students to their limits. Still, I’ll just end with a short punchline. If you are looking for a mentor, find one that suits you and work to make it a rewarding experience. Not only will you find the best version of yourself, but you may gain a friend for life.

AArticle
Read more
The gaming industry is a huge and thriving business. The global gaming market has been valued at $173.70…
AArticle
Read more
I have a habit of reading everything that falls into my hands. The range of information (driven by…
AArticle
Read more
With onboarding, users can become proficient in using your app and get their first positive experience. Combined with a well-tailored UX, they have a common goal: make your product easy to understand and use
This website uses cookies for statistical, analytical and marketing purposes, including researching your interests and matching them with advertisements on other websites. You can specify in your browser the conditions for storing and accessing cookies. More ACCEPT
Privacy & Cookies Policy

This website uses cookies to improve your experience while you navigate through the website. Out of these cookies, the cookies that are categorized as necessary are stored on your browser as they are essential for the working of basic functionalities of the website. We also use third-party cookies that help us analyze and understand how you use this website. These cookies will be stored in your browser only with your consent. You also have the option to opt-out of these cookies. But opting out of some of these cookies may have an effect on your browsing experience.
Necessary Always Enabled
Necessary cookies are absolutely essential for the website to function properly. This category only includes cookies that ensures basic functionalities and security features of the website. These cookies do not store any personal information.
Non-necessary
Any cookies that may not be particularly necessary for the website to function and is used specifically to collect user personal data via analytics, ads, other embedded contents are termed as non-necessary cookies. It is mandatory to procure user consent prior to running these cookies on your website.
SAVE & ACCEPT