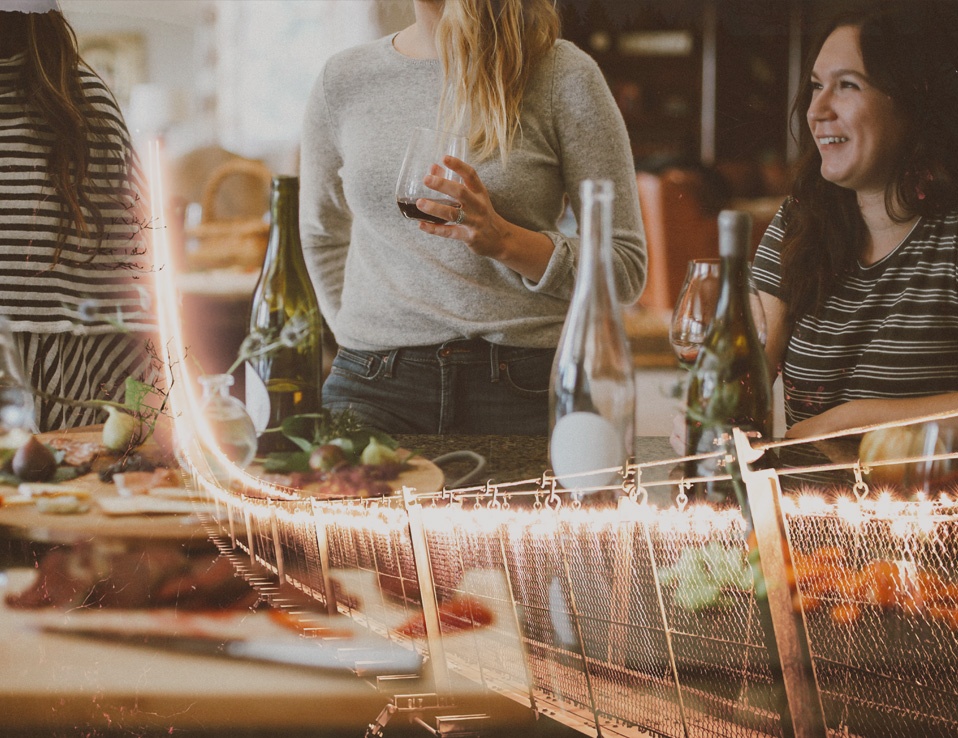 How to build business relationships with other people

It was some time ago, at one of the trainings. People were talking about how to sell, what to do to make the conversion as high as possible, to reduce the time of heating the lead and limit the decision making, and how to make the user to do not have to decide. Of course, most of these things are very important, but when the lecturer asked me what I think “is selling” the best, some of the people in the audience were surprised by what I said.

I replied that in my opinion relationships and how you talk with your clients are the most important things. I said that very often these business relationships are getting blurry and when we create a soft for someone and work with him for a long time, we start to be colleagues and sometimes even friends. We often talk about things unrelated to business and project, about things that unites us outside of working hours. These relations, if they are not artificial and are mutual, then we can gain much more than what all those cold tools gives us.

Relationships via LinkedIn and a future partner

A few years ago, in a cold message on LinkedIn, I sent an invitation to contact a completely unknown person. A message that does not stand out because I was completely unaware of the concept of cold emails, messages and sales techniques. From a message like any other, neutral, casual, without much hope. The contact took place a few days later. A simple polite exchange of questions about the weather, about what we do every day, and then, after weeks, the first projects valuations. That is how our long-term cooperation began, which continues to this day.

After a few months, we became friends and even though we did not see each other (“live”) for the first two years, we also carried out smaller, joint projects. Almost 3 years later, our business relations were strengthened by the joint founding of Tap To Speak company, on which we previously worked together for over a year. It’s all thanks to mutual trust, hour-long conversations on Skype, burning the midnight oil and naturally created friendship.

Last January, Marek (see the first example) met Jeff at one of the conferences. Jeff, an amazing man with a huge dose of knowledge which after using our Tap To Speak was inspired to implement the project/startup of his life.

First time I met him on Skype. I remember how I got stressed and how my English started to fail and I was afraid that it would lose confidence in me, and that would affect negatively perception of our programming skills and how do we deliver software.

What happened was quite different than I expected. Jeff by our, ermm… my complete lack of artificiality made him trust us immediately. It certainly meant that he had already seen our code and that it was working without any problems at a conference with several thousand people. After this conversation, there was another and another and so on. Until one cold February evening I saw him getting off the plane at the Warsaw airport in a Hawaiian shirt and a hat on his head. Jeff flew straight from sunny Arizona to cold Lodz and rented our entire company for two months. Our business relations began to blurry and very soon something more than a thread of understanding was created. It was a good time, when we worked on the project for a whole day, and in the evening we spent time exploring places, eating and remembering old times together. It is only thanks to those relations that we were able to establish earlier, stranger was ready to fly thousands of miles to a foreign country to work with us.

Traveling can also be an opportunity to meet new people

A few weeks after Jeff returned home and our cooperation was continued remotely, Tap To Speak was to be presented on stage during the WebIt conference. I remember this event very well, because of my first trip by plane, which I avoided so much. I was afraid of it or rather I was scared to death, but the perspective of spending tens of hours in the car completely discouraged me.

I got to the airport quite early, I went through the check-in and went to the gate. I was just thinking about what to do to not look foolish, when I do not know how to behave. Before my eyes appeared a man wearing an elegant cloak. He made a big impression on me and he looked like a man who travels often. So I stood behind him in the queue and decided to do what he did. It saved my day. We sat side by side on the plane and we could not stop talking for the whole trip. Łukasz, as it turned out, is a former investment banker, who worked in one of the world’s banks for many years. We talked about business, children and life. When we got off the plane, I did not think that a few months later, we would still be eating lunches together. Łukasz supports us in various business decisions and is a mentor to Tap To Speak to this day.

In warm, April Bulgaria, the sun reached its zenith, and I could not stop thinking that we are so close to winning the first international competition at the aforementioned conference. Despite the fact that we failed to take the first place, it was a special day for us, which became the driving force for further development.

The two-day conference resulted in dozens of international contacts and many interesting ideas for the development of our businesses.

When we went to enjoy the fresh air and drink something cold, we stopped at one of the catering tables. And there we met Tomek, who worked with his team for one of the London fintech startups. He wore black glasses, which from the very beginning seemed to me that he is very inaccessible. Of course, this was just a cognitive mistake, because we quickly managed to catch contact. We talked for a long time, exchanged a few funny stories and I must admit that we all really enjoyed our conversation. At the end, we exchanged contacts and everyone went own way.

But not for long. We met at the airport the next day. It turned out that we are coming back exactly on same plane. I still remember all his stories about plane crashes… Later, I was sitting tensed all the way, unable to concentrate on anything. When we landed, Tomek again accosted me and said he was thinking about Tap To Speak for a long time and that he would contact us with an interesting partner. He kept his word!

Months have passed since that event, and we are still in close contact. Our relations tighten strongly. Tomek quit his job at a startup and went to work in a large corporation, where he was looking for a field of cooperation for us. When writing these words, I am waiting for him at the conference, in the lobby, in one of the Warsaw hotels. We’ll have a meeting in a moment and we’ll plan one of our joint business ventures.

Tomek, as I mentioned, kept his words and met us with one of the largest event agencies in Poland – MMC Polska. The contact I received from him was an e-mail and phone number to Magda. As it turned out, Magda, was (is) a very nice girl with an amazing smile who is an event manager and marketing director. Our first meeting took place at their headquarters and I was a little intimidated by their interior at the reception, which is filled up with all kinds of statuettes and prizes. The first meeting lasted less than an hour, we talked about how we can activate the audience at their events, we talked about numbers, specifics and examples. Already at the first meeting we decided to cooperate together. Magda (like me) makes decisions quickly.

After the first conference it turned out that everything is as it should be, everything works good without a hitch and it gave us a great field for cooperation. I remember how we exchanged funny gifs for a long time under our company fanpages and how many conversations (not related with business) we were able to make. Months passed and MMC became our key business partner, with whom, thanks to this relationship, we have been serving all their conferences for a year.

What I’ve told you is just a short section of the relationship I’m trying to develop. In my life, the people I met had an influence on where I’m now, how I think, what I’m doing. It is not only people connected with business, but above all also family and friends.

It is worth remembering that when building your business, that there is a man on the other side who has his own history, who has his own habits, who may be afraid to trust his relatives, not to mention completely unknown person with which he’s supposed to work with or buy something from him.

I think that we completely forget about how important relationships are in our lives, and how important it is to regard our clients as our friends, not just as a potential source of financing.

BBusiness
Read more
According to IDC, companies will spend nearly $271 billion on digital transformation in 2020, but only 16% of these will provide new revenue streams. Digital transformation spending will account for 51% of all IT spending in Europe by 2023
BBusiness
Read more
For the past fourteen years, LNS Research, in partnership with MESA International, has published its biennial survey results. These reports covered the full range of data related to and used in manufacturing
BBusiness
Read more
Digital transformation of our society, which was supposed to take place many years ago, was rather not the announced revolution, but a slowly creeping machine that failed to reach the desired goal. Lack of specialists, ideas, procedures, money and constant postponement of the need to make changes for other, better times was a destructive mechanism for many micro and small entrepreneurs.
This website uses cookies for statistical, analytical and marketing purposes, including researching your interests and matching them with advertisements on other websites. You can specify in your browser the conditions for storing and accessing cookies. More ACCEPT
Privacy & Cookies Policy