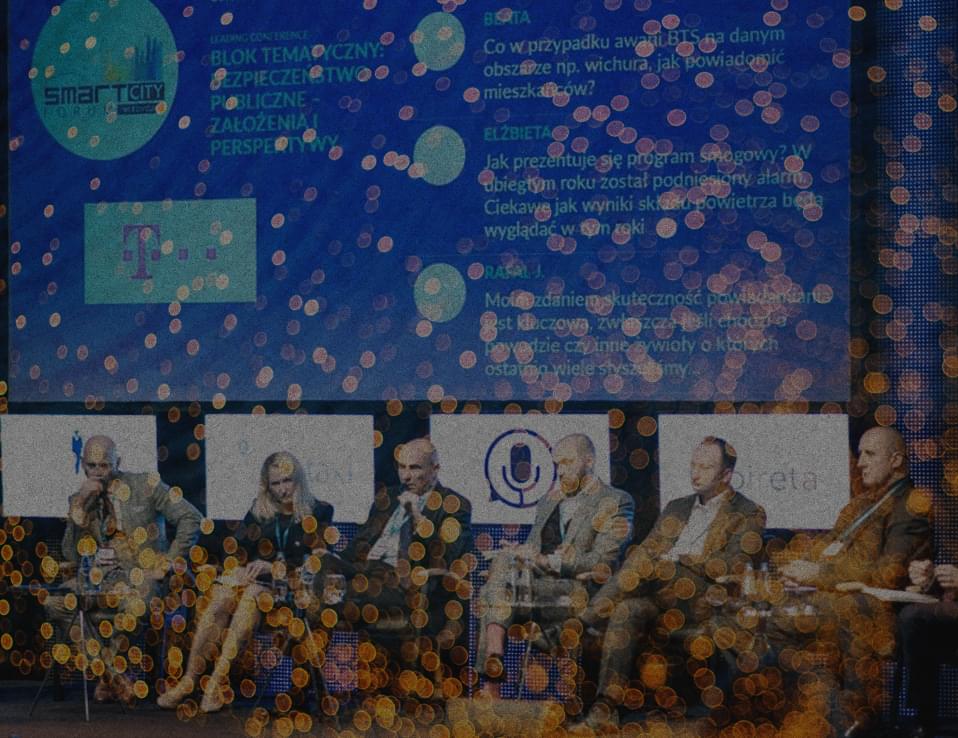 From concept to completion of the startup in 10 months.

How to build a startup

Tap To Speak. The tool based on a web browser, which allows for communication between speaker and the conference participants in real time. Changes their smartphones in microphone, so you do not have to pass it among people in the audience. The application allows audio and text communication, conducting polls and surveys and, importantly, to identify participants.

A year has passed since we’re working on our product.

How it all started

Together with Marek — the second Tap To Speak founder and my long-term business partner, for a long time we wanted to create something different from what we do every day. We did not know then what interesting things can happen when you start to deal with such inspiring and motivating subject. This is changes your job into a passion.

The idea for this tool appeared on one of the conferences. We wanted to solve the logistical problems with passing the microphone among audience in the conference hall. We knew how many problems causes running the microphone around the room, or shouting questions when you could not get to it. Then the idea came — nowadays almost everyone carries a mobile phone. Why not use it?

Full of energy and hope we started to work. From the very beginning our goal was to create something new, something better, something that can change old still repeated habits.

One of the key aspects when you start your adventure with a startup, is to analyze your competition. If you have an innovative product or service that no one else has, you can not dream of a better situation. However, not everything is always that simple. So remember to check that your competition and do it well. It is not enough to just type in a Google search, review the first two pages of results and say that you know everything. You have to do a proper reconnaissance, to be sure where you stand.

When you find your “rival” and you have reliable information about his activities, products and services, then ask yourself if you can, and above all, if you can do the same thing it better and faster way. Define your strengths, and never imitate anyone. You must follow your own approach to business, because you do not really know which factors influenced the fact that the company is in in this, not a different stage of development.

We were lucky. We found only one company on the market, which deals with the problem. And this is what also intrigued us. The company was using a dedicated application and a special device to transmit sound and this device must be located in the conference room. Since many years I own Software House, and Marek conducts his interactive agency for may years, our experience told us that we should limit all entry barriers to the solution.

We have taken an empathetic will and put ourselves into a role of conference leader. Then in the role of participants. We knew that dedicated applications would not fulfill their role. It must be something ready to use immediately and something that do not need to be downloaded during the conference.

We decided that we start with building a prototype. In the end, you do not say that you’re going to build the biggest, best and most beautiful wall ever created. This is not the way to start. You say: I will put this brick as perfectly as possible. You do it every day, and soon you will have a wall.

At the back of my head I always have this quote of Will Smith and his way of success:

You know, while the other guy’s sleeping, I’m working. While the other guys’ eating, I’m working. There’s no easy way around it. No matter how talented you are, your talent is going to fail you if you’re not skilled. If you don’t study, if you don’t work really hard and dedicate yourself to being better every single day, you’ll never be able to communicate with people — with your artistry — the way that you want…

From November 2015 to March 2016 we worked with all our strength, with average of 16–18 hours a day, and every day of the week. On weekends, spending time with family, and when everyone gone to bed, I sat at night and code.

In January, we had the first MVP, which immediately won a startup competition at Business Link in Lodz.

Fortunately, at the beginning of the project you are still anonymous, and fact that people are not familiar with your brand gives you the opportunity to learn and make mistakes. In the future, unfortunately, won’t manage to avoid them, as everyone, but for companies that already have a well-earned reputation in the market costs of bad decisions are much, much higher.

Marek had something that I did not. Network of contacts. For many years of working and living in the US and knew the people in the industry in which we work. Thanks to him we’ve filled the database of the first users, who from January to February conducted the tests. In the meantime, we talked with the event organizers and information about our application spreaded quickly.

In March we released a first closed beta, which was attended by over 100 companies and organizations, including Microsoft, Disney, Toshiba, Harvard. I remember our positive surprise. We were impressed for a long time.

Now I know how important are the people who first tested our application. I have never seen such a big commitment at the early stage of the project. We got hundreds of e-mails with descriptions, problems, logs, information, videos. Our project management system has been overwhelmed by the huge amount of data. We got hundreds of phone calls, we talked with people from the industry who suggested what is important for them, what product are looking for.

It is good to choose these appropriate individuals and companies.

I’m sure that while implementing your idea you will understand that the problem that you wanted to solve is just the tip of the iceberg. You should not only persist, but talk to people and listen to their needs. Baking gluten free bread solve the problems of people who are allergic to it, sewing clothes, solve the problem of the people which are freezing when walking in windy, autumn weather.

It’s just a small example, but consider how you are able to solve other peoples problems. The more there is a need to resolve, the more likely it is that people and businesses will be willing to pay for it.

Many people says, how important are pivots, to constantly adopt to the situation. So it was in our case. Through conversations with people we realized that worldwide event companies spend over $565 billion dolars a year for the organization of events and their most significant problem is the low level of audience engagement, which turn into low satisfaction with event participation.

Our solution introduces a certain element of interaction, but could not fully solve the problem, which was their worst nightmare.

With tools for audio streaming, we’ve created a powerful machine to increase the involvement of the audience. Tap Speak turns participants smartphones in microphone, so you do not have to pass it among people in the audience, allows audio and text communication, conducting polls and surveys and, importantly, to identify participants.

With the introduction of our solutions, customers note that participants involvement increased of 300% to 800% and they emphasize that their events are better than ever.

For example, one of our customers from the company organizing conferences in the pharmaceutical industry told us that at his event in London, he gathered about 900 questions. These questions helped to gain knowledge of what us important for audience, and thus enable him to prepare better for the next events.

Through listening to the needs of our customers, project it is already in the phase of commercialization from September.

On the day of release, information about our project appeared among others on: Onet, InnPoland, Polish Radio. It was the culmination of our efforts and confirmation that hard work brings results.

Our immediate plans are trivial. We want to finally get some sleep 🙂 rested and with new energy plan to hire a team of sales and entry into the Chinese market and the European. We estimate that the company should start generating revenue in the mid-2017r.

While talking about the whole idea, I omitted issues related with the team and its choice. You have to remember that this is one of the most important factors that affect the success of your venture. A team of people with whom you will spend a minimum 1/3 of your day. You need to know that you can rely on them, that you constitute unity. There is no room for error, for elbowing.

If every day you will have to listen to complaints and desperate attempts to depress you and other people, you’ll soak with it and stop believing that what you do makes sense.

“There is no complicated formula — everything is simple. It doesn’t matter what way have traveled or where you are now. What matters is where you’re going.”

SStartups
Read more
When I was working on my startup a few years ago, the thing I couldn't handle the most was communicating and describing what I was currently doing. I completely lacked the strength and energy to come out introverted.
SStartups
Read more
Planning to launch your startup? Probably you’ve often thought about starting your own business. You’d like to make…
SStartups
Read more
How to talk to a big corporation when you are small startup Shyness does not allow us to…
This website uses cookies for statistical, analytical and marketing purposes, including researching your interests and matching them with advertisements on other websites. You can specify in your browser the conditions for storing and accessing cookies. More ACCEPT
Privacy & Cookies Policy